skip to main | skip to sidebar

CPI(M) CC Communique June 2011
The Central Committee of the Communist Party of India (Marxist) met in Hyderabad on June 11-12, 2011. It has issued the following statement:

The Central Committee conducted a review of the results of the recent Assembly elections in the four states of West Bengal, Kerala, Tamilnadu, Assam and the Union Territory of Puducherry.

The review examined the reasons for the big defeat of the Left Front in West Bengal. It identified the causes for the erosion of support for the CPI(M) and the Left Front among different sections of the people. The CPI(M) and the Left had come under a big attack since the reverses suffered in the Lok Sabha elections. Under the TMC leadership there was a concerted effort to ensure a gang-up of disparate political forces ranging from the extreme right to the Maoists to isolate and weaken the Left Front.

Notwithstanding the big achievements of the Left Front governments over the last three decades, there were shortcomings and weaknesses in some of the policies and measures adopted for the welfare of the people. The mistakes with regard to Singur and Nandigram proved costly. The review also identified the organizational defects and shortcomings which have alienated various sections of the people. The Review Report adopted by the Central Committee has set out some of the corrective steps to be taken at the political and organizational level.

The Central Committee rejected the motivated propaganda that the electoral defeat in West Bengal has rendered the CPI(M) and the Left politically irrelevant. The Left Front, despite the adverse circumstances, has got 1.95 crore votes which is 41 per cent of the total votes. The West Bengal Party and the Left movement has undergone many vicissitudes in the past and emerged stronger. The CPI(M) will continue the struggle for the working class and the toiling people against the neo-liberal policies and defend the historic gains achieved by the people. Drawing the proper lessons from this defeat, the Party and the Left will bend all its energies to reinvigorate this movement.

In Kerala, the LDF lost narrowly. The UDF could win only with a slender margin of three seats. In its review, the Central Committee appreciated the work of the CPI(M) and the LDF in the election campaign. The LDF has emerged with strong popular support. The Central Committee has directed the Kerala state committee to examine various aspects of the election results and to take steps to further strengthen the Party and the movement in Kerala.

The report also conducted a review of the election results in Tamilnadu and Assam.

The Congress ruling party, cannot take much satisfaction from the results of the five state Assembly elections, with the exception of Assam. This is a reflection of the image of the Central Government as being one steeped in corruption. Its failure to curb price rise caused discontent among the people. It was virtually wiped out in Tamilnadu along with the major partner, the DMK. In Kerala it barely managed to scrape through.

The BJP has performed badly. It has got only five seats in Assam which is a reduction by half compared to the earlier tally. It was unable to win any seat in the other three states.

The Central Committee warned that the UPA government at the Centre may be emboldened to push more vigorously for neo-liberal policies given the loss of the Left-led governments in West Bengal and Kerala. Their attempt to heap more burdens on the people through such policies will be strongly resisted by the CPI(M) and the Left forces. The Central government will try to ride roughshod over the rights of the states and encroach further on Centre-State relations. The UPA government is displaying a tendency to assault democratic rights as seen in the manner in which it is trying to suppress protests against corruption and black money. The CPI(M) will fight against all such trends and vigorously defend the rights of the people and their livelihood.

Immediately, the Party has to face a situation where the Party and the Left are under tremendous attack. Fourteen CPI(M) and Left Front activists have been killed since the post election results. Hundreds of people have been injured in physical attacks. Scores of Party offices and trade union offices have been attacked or captured. Many of the Party cadres have to leave their homes because of threats and intimidation. The TMC-Congress government has shown no interest whatsoever in curbing this violence. The Central Committee condemned this campaign of violence and terror against the CPI(M) and the Left Front and call upon all democratic forces in the country to protest this onslaught against democracy and democratic rights.

The Central Committee strongly asserted that it is the Left parties that have the credibility and the record to fight against corruption in high places. The platform of the Left against corruption requires a comprehensive set of measures which can help curb corruption. This includes an effective Lokpal legislation which brings the Prime Minister also under its purview; the setting up of a National Judicial Commission to oversee the judiciary; electoral reforms to curb the use of money power and firm measures to break the nexus of big business-ruling politicians and the bureaucracy. The fountainhead of corruption today is this corrupt nexus which has flourished under the neo-liberal regime. The Left parties will mobilize the people to struggle to bring in these set of measures.

The Central Government’s claims of food inflation control have once again proven false with food inflation nearing 10 per cent. At the same time, the record rabi wheat procurement will once again rot in the open because of the callous negligence of the expansion of storage facilities. The most logical step which the Central Government stubbornly refuses take, would be to allocate the stocks to the states at BPL prices. In this context, the Food Security Bill proposed by the Sonia Gandhi-headed National Advisory Council is highly unsatisfactory because it rejects the universal public distribution system and suggests instead new forms of targeting which will be an injustice to the large population which requires subsidized foodgrains. The present draft is unacceptable. The government should ensure, as a legal entitlement, at least 35 kg of foodgrains to the people at Rs. 2 a kilo as is being done by many state governments.

The BPL census questionnaire retains the anti-poor ranking system in which a poor person is not assessed by his or her own poverty but by the poverty of others. This is a cruel method that not only divides the poor but set ever new lines of destitution. We strongly oppose the ranking system. A just method would be to have an automatic exclusion category with verifiable criteria such as exclusion of government employees, income tax payers and big landowners and automatically include the rest as being eligible for food security.

The CPI(M) will intensify its campaign against price rise and for a universal public distribution system.

The CPI(M) will conduct a vigorous political campaign against all the measures which are being proposed by the UPA government which are inimical to the interests of the people and the country. They include bringing multinational companies into retail trade; continuance of targeted public distribution system as against the universal PDS; policies which squeeze the peasantry in agriculture and the fight against the land grab by corporates and the real estate speculators depriving the farmers from their lands.

The Central Committee meeting decided to consult with the Left parties to launch a movement to demand measures to curb corruption in high places and to take firm measures to unearth black money and the repatriation of illegal money stashed abroad.

The Central Committee gave a call to all its Party units to collect funds to support the families of those killed, injured and displaced in these attacks.

The Central Committee warned the UPA government not to further increase the prices of petroleum products. If it does so, a sustained movement will be launched against such an anti-people and inflationary measure.

The Central Committee decided to hold the 20th Congress of the Party in the beginning of April 2012 in Kerala. The exact venue will be decided shortly.

The Central Committee decided on the time-table of conferences from the branch level to the state committees. 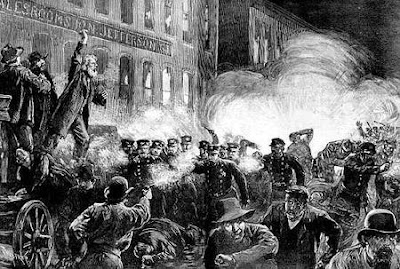